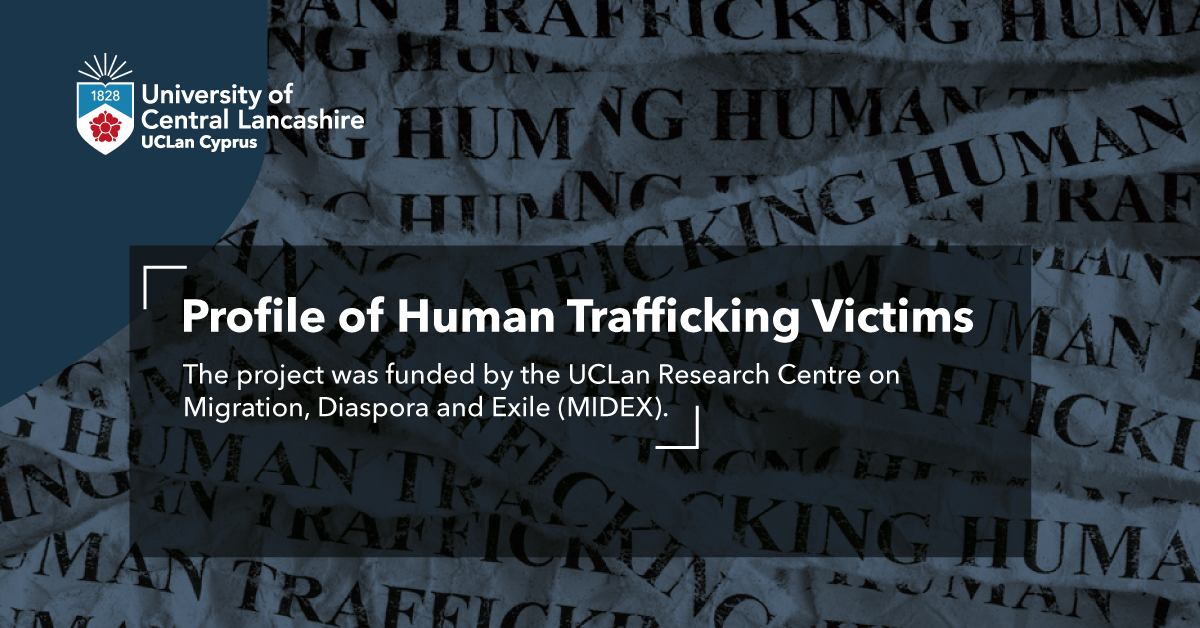 WHAT THE PROJECT IS ABOUT

According to the EU, in 2017-2018, the Republic of Cyprus had 168 presumed and identified victims per million inhabitants, while the second highest country (the UK) had 90 presumed and identified victims per million inhabitants. More recent statistical information is unavailable, but number of human trafficking victims in Cyprus are likely to have increased since then. Its shock value notwithstanding, this statistic only provides a very general picture of the phenomenon and does not contribute towards a better understanding of the profile of the victims. Yet, any activities designed to address human trafficking, no matter how well-intentioned, are likely to remain shots in the dark – more often than not missing their target – unless we acquire a clearer idea of who are exactly the people that we are trying to protect.

Thus, this research project – funded by the UCLan Research Centre on Migration, Diaspora and Exile (MIDEX) seeks to answer the following questions:

The team seeks to answer these questions through the adoption of two different types of research methods, that result in two reports. The first report (authored by Dr Nasia Hadjigeorgiou) relies on information from interviews with key stakeholders on both sides of the Green Line and on a literature review of primary and secondary sources published in Greek, Turkish and English. The second report (authored by Dr Demetra Loizou) relies on a detailed analysis of the human trafficking cases that have reached the Courts of the Republic of Cyprus over the last years.

Information from these reports was shared during the ‘Safeguarding & Modern Slavery’ Training, which was organised by UCLan Cyprus and the SBA Customs and Immigration, and took place at UCLan Cyprus on 4 July 2022. More information about this event is available here.

Additionally, information about this project was shared with the Ambassador of the United States of America, who visited UCLan Cyprus on 22 March 2022 (for more information, see here) and with the Anti-Trafficking Unit of the Police of the Republic of Cyprus during a training that took place on 30 November 2022.

Human Trafficking in Cyprus: The Crime, Victims, Perpetrators, and their Connection to the I...