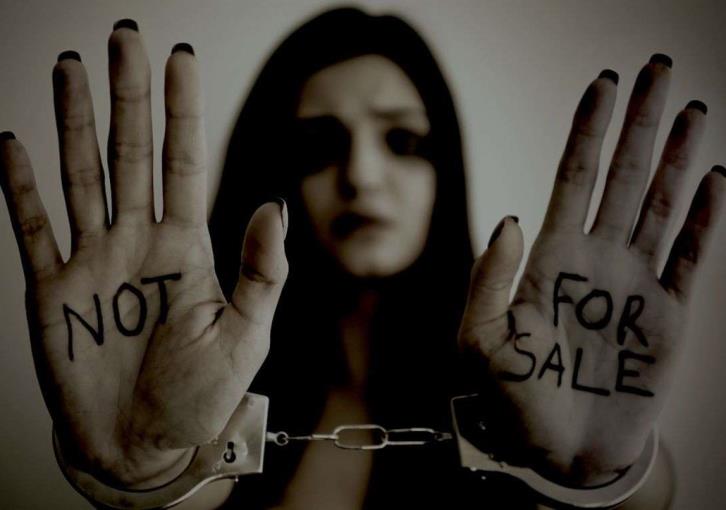 The profile of human trafficking victims in Cyprus

The first paradox is concerned with the fact that while most victims are sexually exploited in the north of the island (in the self-proclaimed ‘Turkish Republic of Northern Cyprus’, or ‘TRNC’), they apply for victim status in the south (in the areas that are under the effective control of the Republic of Cyprus). The reason for this is that despite the recent change in the ‘TRNC’ law, which criminalises human trafficking for the first time, the ‘TRNC’ is entirely lacking a legal and institutional framework to protect human trafficking victims. In practice, that means that if someone complains of being trafficked, they are offered no shelter, no psychological assistance, and no legal aid. Victims of trafficking, therefore, are forced to irregularly cross the Green Line and claim asylum and victim status in the Republic of Cyprus. However, because the Republic of Cyprus does not have effective control in the north of the island and does not recognise the Turkish Cypriot authorities, victims of trafficking find it very hard, if not impossible, to prove that they had in fact been trafficked. At the same, the Republic of Cyprus authorities find it impossible to start, let alone successfully complete, criminal cases against perpetrators of human trafficking, since while the victims might be in their jurisdiction, the physical evidence of the crime and the suspects themselves, are not. Finally, the lack of knowledge of the Republic of Cyprus authorities about the different forms of human trafficking for purposes of sexual exploitation that exist in the ‘TRNC’ means that some victims (Eastern Europeans being exploited in ‘nightclubs’) are much more likely to be recognised as victims compared to others (Africans who are exploited in private apartments).

The second paradox is concerned with the fact that while labour exploitation is prevalent on both sides of the Green Line, there is very little reporting of this phenomenon and even less appreciation that this, in fact, constitutes human trafficking. Although victims of sexual exploitation in Cyprus are almost exclusively women, victims of labour exploitation are both female (employed as domestic workers) and male (employed in the agricultural, farming and construction sectors). These individuals are almost always irregular migrants whose legal status makes them vulnerable to exploitation. Different smuggling and trafficking rings operate in the Republic of Cyprus and the ‘TRNC’, which means that the nationalities of those they exploit also differ. They are mostly from Bangladesh, India, Turkey, Pakistan, Turkmenistan, Senegal, Kazakstan, and Uzbekistan in the north and from India, Pakistan, Nepal, Vietnam and Egypt in the south of the island. Exploitation of migrant workers is so widespread on both sides of the Green Line that, in the words of the Ombudsman of the Republic of Cyprus

‘the belief that domestic workers are a “special” and completely distinct category of workers has been cultivated to such an extent that the systematic violation of their labour rights, and many times their fundamental human rights, becomes acceptable – to the point of being invisible – even to those employers who have no such intention.’

This brief analysis of the profile of human trafficking victims suggests that three things must happen to protect them more effectively. One the legal level, a radical improvement in the legal and institutional anti-trafficking framework of the ‘TRNC’ must take place. On the social level, we need to more effectively inform the general public on both sides of the Green Line about what constitutes human trafficking and who are its victims. Finally, on the political level, there must either be the resolution of the Cyprus problem or, at the very least, much closer collaboration between Greek Cypriot and Turkish Cypriot law enforcement agencies.

The findings reported here stem from three different research projects. In chronological order they are (a) research in the summer of 2021 that had been conducted as part of the Determinants of Anti-Trafficking Efforts project, coordinated by the British Institute of International and Comparative Law and funded by the US Government; (b) research that had been conducted as part of a Visiting Senior Research Fellowship at the London School of Economics Hellenic Observatory between September 2021 and September 2022; and (c) research on the profile of human trafficking victims in Cyprus, funded by MIDEX in the spring and summer of 2022. MIDEX is the Research Centre for Migration, Diaspora and Exile at the University of Central Lancashire.